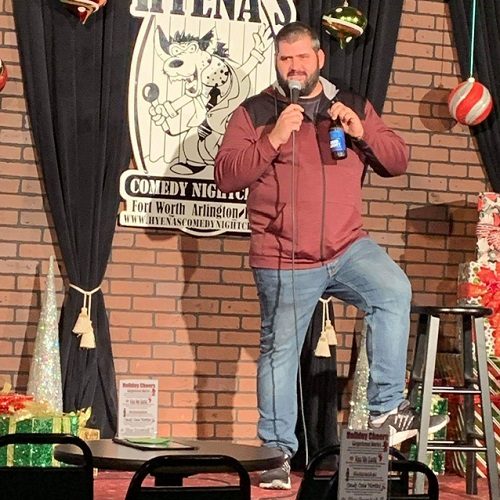 Elias Ashley is a comedian and an inappropriate southern gentleman. He has built a following across North Texas comedy clubs with his free flowing, unapologetic and sometimes dark style of standup comedy. Imagine the standup version of a warm, flat beer – it might not go down smooth, but it’ll get the job done by the end of the night.

Elias has opened for Dustin Ybarra, Keith Alberstadt and Tony Hinchcliffe. Elias has appeared on Hinchcliffe’s popular Kill Tony podcast as a panelist. What Elias lacks with his appearance, he makes up for with his angry, off-put demeanor onstage.